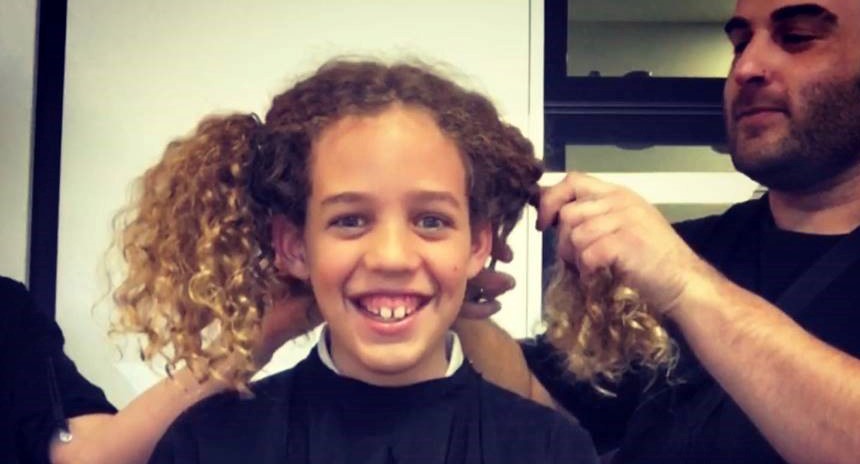 Meet Beau Jones. Beau is nine-years-old and lives down in Eaton where he likes playing basketball and hanging out with his three younger brothers. He’s also passionate about standing up to cancer!

“Cancer shouldn’t be a thing,” Beau said, adding he was pretty annoyed when his cousins got sick and decided to join the fight against childhood cancer.

Beau had been growing his hair for five years before shaving it all off to raise funds for cancer research. By then, his curls were halfway down his back, touching his shoulder blades when wet.

“It was getting pretty hot in the summer,” Beau explained, while his mum Jo added: “It was so long it was practically dreadlocks underneath! You couldn’t tell because the top was all soft and flowy.”

Beau hoped to raise $1000 for the Telethon Kids Cancer Centre but once the young fundraiser spread the word amongst family and friends, the money started streaming in at a rapid rate. By the time it was time for his locks to be snipped, Beau had raised an astonishing $5324.

“It exceeded our wildest expectations,” Jo said. “We are beyond proud of Beau. One of the parents at basketball said to him, ‘mate, you’ve raised over $5000, you’ve got no idea what that’s going to do for someone’. I don’t think he can quite grasp yet what an incredible achievement it is.”

Beau may be taking his newfound hero status all in his stride, but he is enjoying feeling lighter and cooler as the weather heats up. “I’m still getting used to it,” he said. “It’s weird, because the wind used to go through my hair and now it just kind of hits my head.”

Want to create your own fundraiser just like Beau? You can!

Want more information about fundraising for Telethon Kids? We’d love to hear from you!

Want healthier futures for kids? People like you make the difference. Join us.